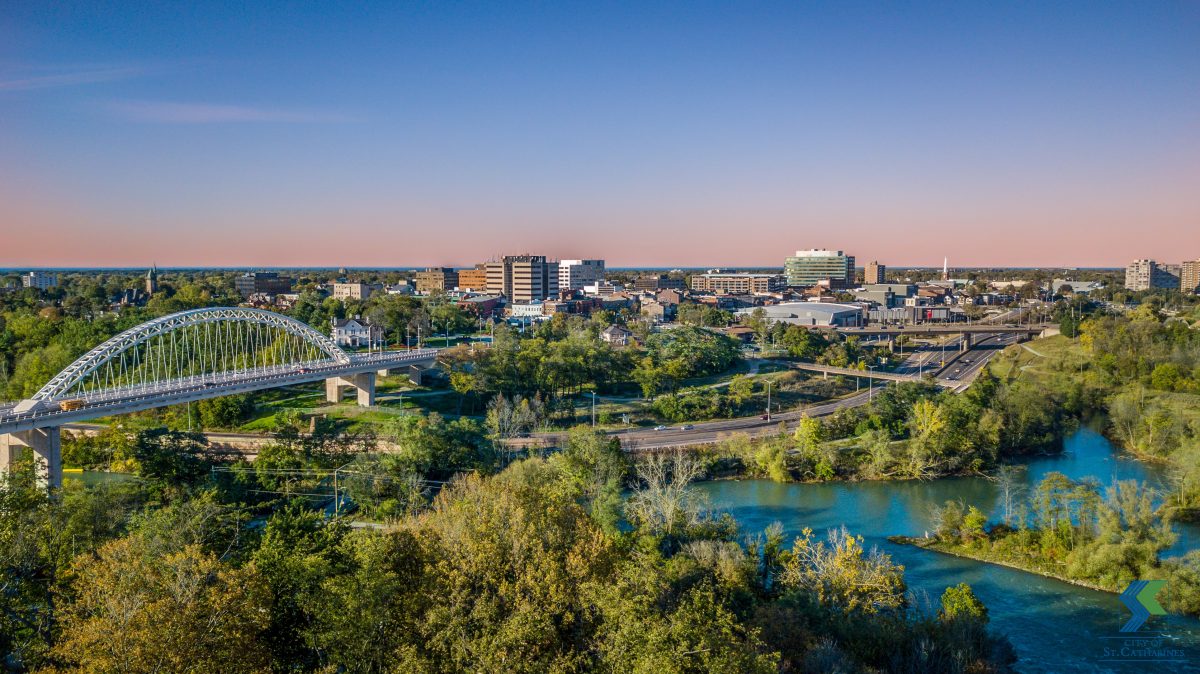 From the Toronto Sun by Linda White

If you’re a foodie, you may already be familiar with Beechwood Doughnuts in St. Catharines and aren’t at all perturbed if you need to line up for an hour or so because you know you’ll be rewarded with award-winning vegan desserts.

The bakery has even appeared on BuzzFeed’s list of 23 of the Most Delicious Desserts to Eat across Canada. It’s nestled on historic St. Paul Street – the heart of a downtown that has been garnering buzz all its own thanks to a dramatic transformation over the past few years that’s symbolic of a new St. Catharines.

“We have successfully turned the corner from a community that was defined by manufacturing to one that’s dynamically diverse and built for this century,” says Mayor Walter Sendzik. Over the past seven years, $250 million in public funds has paved the way for exciting additions to the downtown like Brock University’s Marilyn I. Walker School of Fine and Performing Arts, which relocated to a converted century-old factory.

Also new to the downtown is the FirstOntario Performing Arts Centre, home to four theatres. The Meridian Centre, a 5,300-seat sports and entertainment facility, has hosted the likes of Elton John and the 2016 International Ice Hockey Federation U18 Women’s World Championship.

“On any given night, we’ve gone from very few people in the downtown to upwards of 7,000 to 8,000 people and that has created a whole new class of business,” Sendzik says. An eclectic mix of restaurants, coffee shops, artists and micro retailers like Craft Arts Market, a consignment shop that supports artistic entrepreneurs, has created a vibe he compares to Toronto’s James Street North and Queen Street West.

At the same time, more than 700 residential units have sprouted up in the downtown over the past three years, including many for students. A 100-unit affordable housing project has been given the green light and the former hospital sites on Ontario and Queenston streets will be redeveloped into seniors’ living.

With that foundation firmly in place, the city has set its sights on economic growth – a commitment that includes being flexible to emerging trends in sectors that provide natural growth opportunities. With its location in the heart of Niagara Region, that encompasses the wine industry and thanks to Niagara College offering the first brewing program in Canada, the craft brew industry too.

“We will also continue to support the innovation centre that’s located in the downtown so it incubates the next generation of tech companies that are focused on the digital economy,” says Sendzik. He points to local success story Clickback, a lead generation software company that’s converting the former police headquarters into a six-storey tech hub.

Together with attributes that include several waterfronts and natural trail systems, St. Catharines has plenty to offer. “Wine and food experiences are exciting, as well as the arts,” says Doug Whitty, president of 13th Street Winery, a boutique winery. “The Niagara Grape and Wine Festival is important not only to our community here but to people from all over the world…We see a lot more people coming here to explore the region’s hidden gems.”

As St. Catharines continues its transition, it’s also working to become a ‘compassionate city.’ “We want to see our community as a circle in which no one is left on the margins or standing on the outside of the circle and no one is invisible,” Sendzik says. That involves challenging attitudes and making policy decisions about how the city allocates its dollars, such as partnering with schools in areas where families are struggling.

“It’s a big, bold undertaking,” he says. “Our vision is that when people think St. Catharines they think of a compassionate city.”

Read the article in the Toronto Sun